Sandy Lodge: Golf Course Open - There will be no restrictions on Trolleys or Buggies. Can Buggies keep off the fairways on all holes, please drive on the cut rough and use the 90 degree rule.

Mount Vardon’ The 17th hole here at Sandy Lodge is a fantastic Challenge for all ability of golfers. The drive has some very well-placed bunkers that make you think about which club to use and which direction to take. The shorter hitters will hit their tee shots short of the bunkers on the right playing away from the out of bounds down the left. The longer hitters have the choice of taking the ball down the left over the lone bunker which would enable them to attack the green with their second shot but brings the risk of out of bounds and if not hit correctly the bunker. The second shot needs great accuracy if laying up as it needs to be to the right half of the fairway otherwise you will block yourself out for your third shot. If attacking the green for your second ideally a draw away from the green side bunker is a great option but make sure to take note of where the pin is situated. When hitting your shot to the green for your approach it is important to get the ball in the correct part of the green otherwise two putting can be near impossible. If the pin is on the right half then the pin is visual then make sure to keep your approach right. If the pins is in the left half it will be in the lower part of the green that can make it difficult to see the pin. To hit this part of the green I would recommend landing the ball on the centre but still on the upper tier and allowing the ball to feed down to the pin. This will take out missing the green left which leaves a devilish chip. Once on the green you will see how big this green actually is. The top tier slopes from back to front and the slope in the middle of the green is very prominent. The bottom tier is again sloping from back to front but as like all the green here there are hidden breaks throughout the green. A 5 is a great score on this tough par 5 and you will generally pick up a shot on the field. 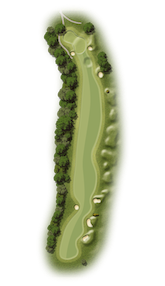 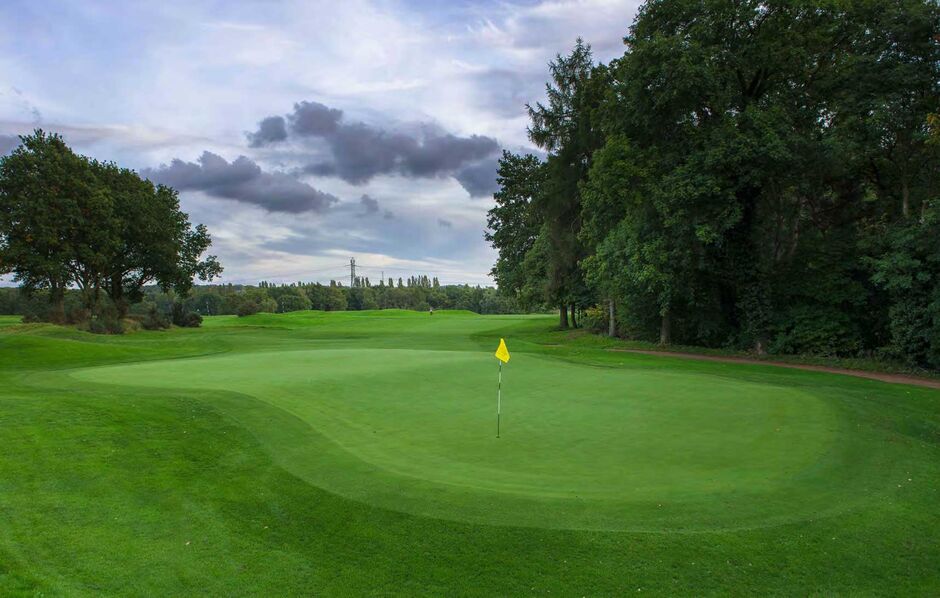